Ritzforg 127, beloved stallion of Brandywine Farm, has been stolen right out from under the noses of his trainer and the competitors at a horse show. Days later, the trainer is found dead in the tack room of his show stable. The police have no idea how to solve the theft and have no leads to the death of the trainer. Marla Mesconti, trainer at Reach For The Stars Stables takes matters into her own hands and steps in to pick up where the police dropped off. The high-stakes mystery travels from New Hampshire to Kentucky and back through the world of show horses. Can Marla and her friends solve the crimes and get Ritzforg 127 back to his home pastures? 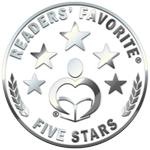 “Readers who love twisty mysteries will enjoy this simple, pleasurable read…The pacing of the book is quick and fits the action of the plot well…The ending is intriguing and satisfying leaving readers looking for the next book in the series.” Judge, Writer’s Digest SP e-book Awards

"In Ritzforg 127 by Cher Griffin, the main character Marla Mesconti is a much sought after horse trainer who finds herself dabbling in the field of crime investigation when a friend’s prize Friesian stallion is stolen and soon after its owner turns up murdered. With no clues and very little help from the tiny local police force, Marla enlists the help of her best friend Jay and an interested New York Police detective named Rick to help her. Even with assistance, she finds her investigation difficult, mostly due to lack of time. Her plate is already full preparing her teenage team for the upcoming Nationals competition in Louisville, Kentucky, and making sure her own Reach For The Stars Stables prize-winning horses are at their best. Yet, Marla was bred from good stock so her determination and horse sense help her uncover the limited clues allowing her to unravel the complex events leading up to the crime.

The world of show horses provides a fertile background in Ritzforg 127, and author Cher Griffin appears quite fluent in the appropriate nuances of that sport. Griffin has populated the story with believable characters, and she delivers a great plot with plenty of detail to familiarize the reader with the protagonist’s world without becoming pedantic. I enjoyed the character interactions, particularly between Jay and, well, everyone else. Ritzforg comes in as ‘best in show’ as a detective thriller, following closely in the footsteps of the likes of Dick Francis. There is plenty of action, suspense, drama, and humor to keep any reader involved. As it occurred with her esteemed peers, it wouldn't surprise me to see Ms. Griffin involve Marla Mesconti in other adventures that draw back the blinkers on the horse show underworld. Well done, Ms. Griffin." Reviewed by Gary Stout for Readers' Favorite